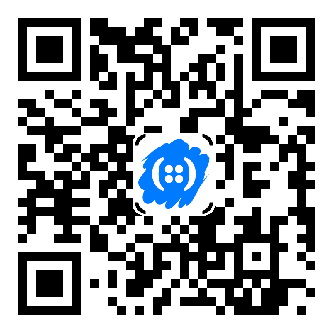 Scan dengan Aplikasi Kwikku
Untuk membaca langsung dari Aplikasi
The Silent Gods of Srivijaya
Telah Selesai
58 Disukai
The Silent Gods of Srivijaya
Penulis: Endri Irfanie
QR Code
2343
Dibaca
Blurb
Sumatrabhumi, a once formidable Maharaja of Srivijaya, refused to bend his knee to the Mongol Empire. As the Kedatuan in Malayadvipa fall one after another, the Srivijayans realizes their king should have done the opposite. Then, eventually, they find out that the Mongols were not their only enemy...

From the royal palace of Palembang to the port city of Indrapura to the remote village of Sungai Lumpur, The Silent Gods of Srivijaya narrates the dark fate of the maritime kingdom--as well as stories of a woman who fights against prejudice, an old man who tries to understand the Gods, and a king who puts his blind faith over common senses.

*Author's Note : *
1. Although several aspects are based on true events or persons, this is a pure fictional work
2. If you like Game of Thrones, there is a big chance that you'll like this novel as well
Tokoh Utama
Narendra
Amretasari
Sumatrabhumi
Thriller
#kingdom
#historicalfiction
#indonesia
#fantasy
#fiksi
#suspense
#thriller
#kerajaan
#english
#sriwijaya
#bahasainggris
#alternativehistory
#srivijaya
#sumatra
Daftar isi 24
Ulasan 0
#1
Marvuat Vanua Criwijaya Siddhayatra Subhiksa
#2
A Message from Palembang
#3
The Dumbfounding Words of the Young Senopati
#4
The Fall of Khmer
#5
A War Council
#6
Marching to Indrapura
#7
As The Besieger Had Become The Besieged
#8
Escaping the Violent Champa
#9
Another Way
#10
The Good and The Evil
#11
The Body that Was Lying on the Balairung's Floor
#12
The Head that Was Mounted on a Spike
#13
Rajaputra
#14
A Village Called Sungai Lumpur
#15
The Massacre of The Permalim
#16
Of Not Becoming a Soldier
#17
The Queen of The Outcasts and The Former Senopati
#18
From Bad to The Worst
#19
A Different Battle
#20
Arvind vs Narendra
#21
The Sail of Samudra Raksa
#22
The Battle of Palembang
#23
Singhasari
#24
Trivia: Fact or Fiction